– Simon Owen of Fox News Radio is on this morning to tell an interesting story of Poker Master, Phil Ivey, losing a court battle over and edge-sorting controversy in a London casino.

– Willie Waffle is our weekend movie reviewer and he’s letting us know if we should make the trip to the movies today.

Suburbicon – Matt Damon leads a family in the 50’s whose life is upended after a home invasion. Directed by George Clooney. (0 Waffles)

Thank You For Your Service – Miles Teller and his Army buddies return from Iraq haunted by the war. (2 1/2 Waffles)

Jigsaw – As people die all over town, the police wonder if Jigsaw has returned from the dead. (0 Waffles)

Willie Waffle is our weekend movie reviewer and it’s brought to you by Honest John’s Hot Dogs and Polish Kielbasa. They’re made right here in Utica.

– Lt. Bryan Coromato is on this morning to give an update on the shooting that occurred near Proctor High School earlier this week.

– Cara Thomas from Spectrum News is on this morning with a full update on yesterday’s court proceedings in the Conley Murder Trail – Part 2.

– We speak again with John Feal and Chief Russ Brooks on 9/11 Cancer Advocacy and a press conference taking place today.

– Gary Heenan is on this morning to talk about their home opener and an attempt to get back to the NCAA tournament.

– Richard Barrett and Dino Montalbano are in this morning to promote the latest edition of Accent Magazine.

– Michael Osacky is a certified vintage sports card and memorabilia appraiser. He will be at an event at the Utica Public Library on Saturday, November 4th.

– Marc Price who played ‘Skippy’ on Family Ties calls in to surprise Bill’s wife who is a huge fan.

– We also love food and drink on Friday so we have Chuck Marshall from Stewart’s to promote their opening of the Griffiss location in Rome. We also talk with Jeff Stone from the AUD to talk about a new offering at hockey games. 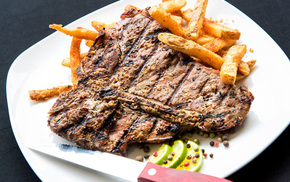