Utica, Oriskany, Camden, Central Valley and Others Have Until Friday To Submit Plans To State

The Oriskany, Camden, Central Valley, Waterville school districts are among 100 others who have until Friday to submit a plan to New York State for in-person learning, or students those districts won’t be allowed in classrooms this year.

“There are 107 school districts that have not submitted their plan – for those 107 school districts, how they didn’t submit a plan is beyond me. If they don’t submit a plan by this Friday, they can’t open,” Governor Cuomo said Monday. “The main arbiter here of whether a school district has an intelligent plan to reopen and whether people have confidence in that district’s plan: It’s going to be the parents and it’s going to be the teachers, and that requires discussion, and that’s going to be a dialogue. Parents don’t have to send their child. The parents are responsible for the health and safety of the child, and they’re not going to send the child if they don’t believe the plan makes sense. A teacher is not going to come back into the classroom if they think the classroom is not safe, and that’s right. The school district has to have that dialogue by the 21st to fully comply with our rules.”

However, Utica City School District officials who spoke to WIBX say they have submitted a plan to the state and don’t know why they’re on the Governor’s list.

Also, Michelle LaGase, director of grants, contracts and compliance for the Utica City School District released this statement Monday afternoon: “Our plan is posted on our website and was submitted to the Governor’s office prior to the deadline. There was an attestation that still needed to be signed and submitted to the health department and that’s been taken care of. We are in compliance.”

All districts are also being reminded that they must hold three to five public sessions with parents and teachers, and post their plans for remote learning, testing and tracing on their website by August 21st to be in compliance with state standards.

Districts who have submitted a plan to the state are set to be notified by the end of the day Monday as to the status of their plan – and will receive guidance in areas the Department of Health feels they are lacking, according to the Governor’s Office.

The following list of districts who have not yet provided by their plans to the state, per Governor Cuomo’s Office:

Tim Hortons Coffee Will Be 25 cents

Is Bed Bath and Beyond Closing in New Hartford, New York? 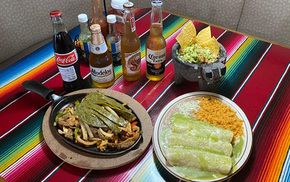 Welcome back to WIBX 950

Welcome back to WIBX 950